Part of our everyday use, are the herbs in our own herb garden. There is an extensive variety in this petite garden. From rosemary, sage, mint, parsley, chamomile, lavender and thyme. We use it to make different pesto’s, in salads, to flavour our water, in our cocktails and for decorating our fine cuisine at our restaurant in the heart of the Klein Karoo enroute to Mosselbay and Oudtshoorn. The view over the Outeniqua mountains and the Olifants river from our restaurant patio is spectacular.

Some of them have quite interesting histories as well as some intriguing facts and medicinal values.

Parsley originates from South Eastern Europe, Mediterranean region and western Asia. The name comes from two Greek words “Petrose”, meaning “rock”. It tends to grow on rocky cliffs and old stonewalls. The use of this garnish arises from when it was believed that to chew a small piece of parsley, often takes away bad breath. They even believed that chewing the leaves, would take away garlic odours as well. We use it to decorate our salads and in our soups. 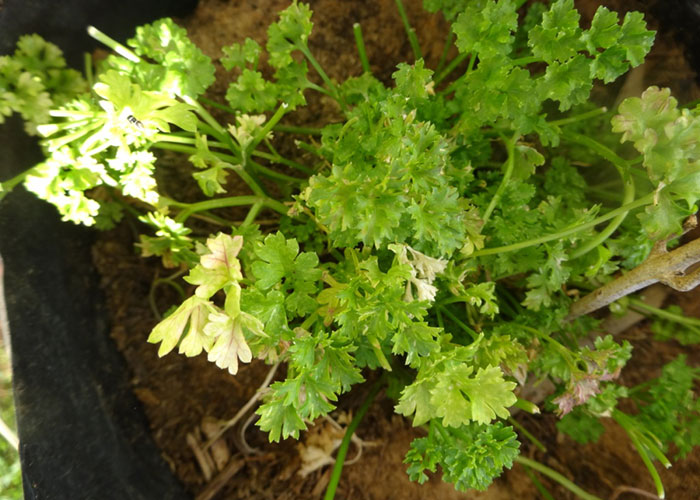 Rosemary is derived from the Latin words: ros (dew) and marinus (sea). It too originates from the Mediterranean areas like Spain, Portugal and Greece, as well as North Africa. It is one of the most common aromatic wild plants of the Mediterranean landscape, especially in rocky limestone hillsides adjacent to the seaside. It is a very popular herb for culinary purposes as it brings out the other flavours of added herbs. It’s used for a hair conditioner and know for preventing baldness. It is also known as the herb of memory. To quicken the mind and prevent memory loss. For external use, it’s made in to an ointment to treat rheumatism, sores, eczema and bruises. We use is in our meat marinades. 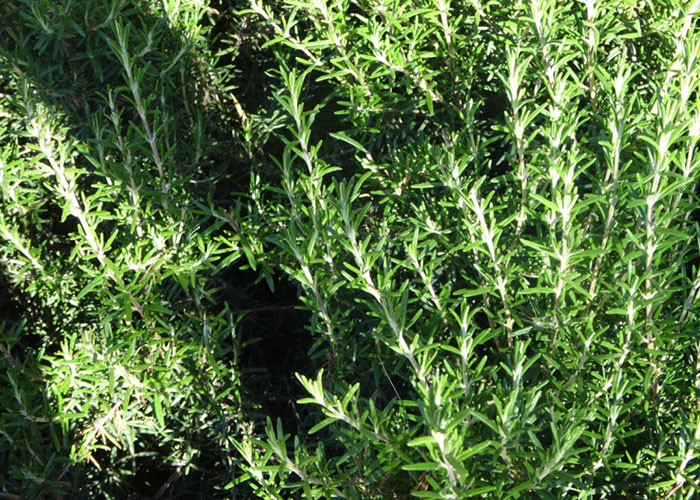 Thyme is actually related to the mint family; therefore it contains a slight minty flavour. It originates from Southern Europe as well as parts of the Mediterranean. Ages ago, several superstitions occurred around the use of thyme. People in England and France created beds of thyme in their gardens to attract fairies. Thyme was once used on bandages to prevent infection. It can be used for pot pourri. We use it to flavour our free range meats.The essential oil of thyme is called thymol. It was isolated in 1725 by the German apothecary Neuiuiann. The active ingredient in Listerine mouthwash is thymol.

Mint: The name “mint” comes from a nymph named Minthe or Menthe. Romans are responsible for carrying this herb throughout Europe. Not only is it known to freshen breath and whiten teeth. It’s also used throughout history to treat digestion– and stomach problems. It’s still used as a food additive, pest repellent and beauty product. It’s also used in gardens as an attractive ground cover and pot plant. 70% of the world’s mint and spearmint is being produced in the USA. It has been gound in Egyptian tombs from as far back as 10,000 BC. Mint comes in over 30 varieties. We use it in some of our cocktails, like the mint Mojito at our bar, welcome drinks and to decorate our desserts. 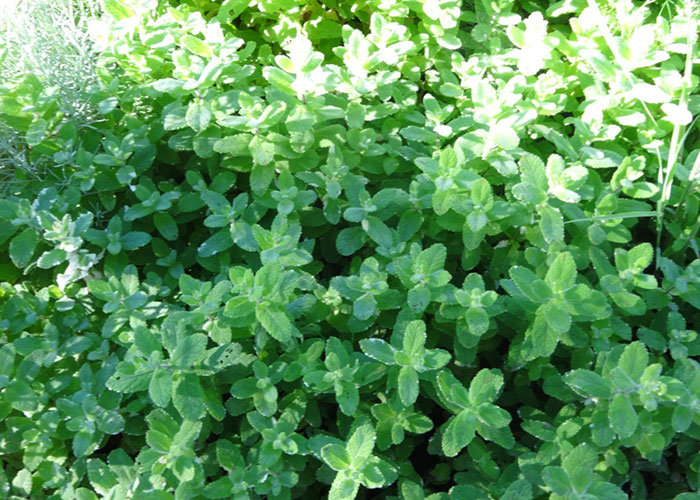 Sage was found and mainly used by the ancient Romans. A few interesting superstitious uses that I found fascinating were that it was included in certain concoctions to calm the nerves and increase the memory. It was placed on the floor of houses during the middle ages to hide the harmful smells of life. The American Indians used it to purify the body and environment. It’s said to attract good luck and drive out evil. If sage grew well outside a house, it was believed that the wife was ruling the house. Nowadays it’s widely used as a medicinal herb. It’s useful for antiseptic properties. Sage tea can help relieve headaches and colds and can be used as a hair rinse for dark hair. 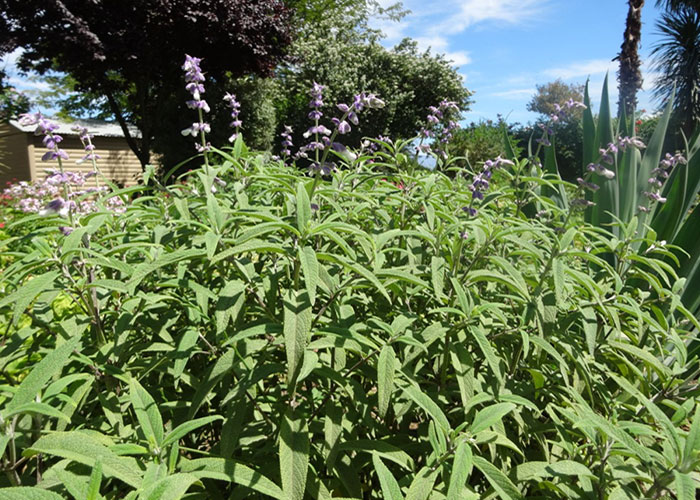